It's time to wrap this up.  From this point forward, it is all about getting the van repaired and getting back home.  Our trip to Alaska is for all intents and purposes over.

I checked with a NAPA store in Smithers, BC and they confirmed that they had an air filter.  We stopped there around lunch time and paid an outrageous amount of money for this filter.  Twice what it would cost normally, but we had no choice.  They let me install the filter in a spot located next to their building.  Unfortunately, the problems did not go away.

We drove onwards and decided to find a hotel room in the town of Quesnel, BC.  I needed to get online and figure out what I can check next.  I even posted on Airforums hoping someone would have the answer.  Several people did.  Both suggested that I check the turbo intercooler hoses for any abnormalities.  Once we got checked in, I went back out to the van and started checking the hoses.  I didn't see anything wrong with them other than the lower hose was caked in oil and dirt.  The upper hose did seem a bit soft.  I posted my findings on Airforums and was told to clean the upper hose, wrap it in duct tape and then place tie wraps around the hose spaced out evenly.  I was told this would prevent the hose from expanding under pressure.

The next morning, I went back out and removed the upper hose and made the repairs as directed.  After cleaning up, we fueled the van and headed south.  We knew that there was a town down south called Kamloops and that it was a good sized place.  We hoped that we would be able to find some help there.  But, after driving with the newly mended upper hose, it seemed that the problem was not nearly as apparent.  Gone were the misfires that had plagued us for days and thousands of miles.  The van was running strong even under load.  Finally, we could relax a bit.

Unfortunately, this good fortune, like most, was soon dashed and not did the problem come back it was now worse than ever.  Now, in addition to the misfire, we were getting a puff of black smoke along with the misfire.  And just before we reached Kamloops, we lost the turbo boost again as well as the check engine light was illuminated.  This is not good.  We are on a busy road, coming into a larger city with even more busy roads.  I cannot trust the turbo to be there when I need it.  Should we call for a tow truck?  It's about 20 miles into Kamloops so we decided to risk it.  We were able to take it easy getting into town and right at the first exit was a huge diesel engine repair place.  We parked and I went in to plead my case.

At the service desk, I was told that they did not work on Mercedes/Dodge diesel engines.  The man said, "why don't you take it to the Mercedes dealer?".  To which I replied, I am from east TN and until this very minute knew nothing about this town much less that there was a Mercedes dealer.  They gave me directions and off we went.

It was a short drive to the dealer and we were encouraged to see another Sprinter-based RV just leaving the service area.  I went in and explained our problem.  The tech came out and took the van back for a diagnostic test.  It wasn't 30 minutes later and we had the diagnosis.  Both intercooler hoses were shot, the turbo resonator and hose were suspect and all would need to be replaced.  They had checked on local availability and found nothing nearby.  Parts would have to be ordered from Toronto.  Monday is a holiday and the dealer will be closed (Canada Day).  It would be Tuesday at the earliest before the parts would arrive.  I am not a happy camper but am between a rock and a hard place.

I get online and find a nearby hotel and make reservations for 5 nights.  The dealer agrees to keep the van plugged in so our refrigerator would continue to run and keep our food cold.  We also are told that we could stay in the van if we want.  We grab what we need and the shuttle driver takes us to the hotel.  As we were checking in I explained our situation to the desk clerk and he took pity on us and upgraded our room to a very nice room with a great view of the city.

We spend the next five days relaxing, googling, sleeping and eating.  I think we tried every restaurant within walking distance.  On Tuesday, we walk back to the dealer to wait for our van to be ready.  The parts didn't arrive until 11 am, but they got right on the case and by about 2 pm, we were on the way, wallets lightened to the tune of $636 USD.  Much less than I would have expected from work done at a Mercedes dealer.

The van runs great even going up and over several steep hills with long climbs.  The plan is to make it to Grand Forks, BC and cross into the US there.  In retrospect, it would have been better to go to Cascade and cross over so that we would have been on 395 which leads to Spokane.  The border crossing goes well.  It is a little-used spot and the agent is a chatty type who gives us more information than we needed on the best way to Spokane.

We make it to Kettle River CG just in time for the sun to go down.  We are both exhausted but glad to be back on the road.

After a good nights sleep, we start our trek down to Spokane where we will jump on I90 east.  As the sun starts to rise and gets high in the sky, it starts to get hot.  I switch on the air conditioning.  Nothing.  Hot air.  This is not good.  We still have several thousand miles to go and no air conditioning.  So, we put our windows down and headed south.

After getting on I90 here in Spokane, we did not exit the interstate system until Corbin, KY.  We arrived home on Saturday, July 7.  It was a brutal ride with no air conditioning, but we did not have any other issues with the van.  We did not camp anymore after that night at Kettle River choosing to stay in hotels each night.

We had a great time on this trip to Alaska and back despite the issues that we experienced.  Yes, the weather wasn't the best, but we enjoyed ourselves anyway.  Would we do it again?  Maybe not.  I would like to go back to British Columbia and spend more time there.  It is truly a very beautiful part of the world worthy of further exploration.

Thanks for tagging along!
Posted by John and Sharon Kennedy at 5:13:00 PM 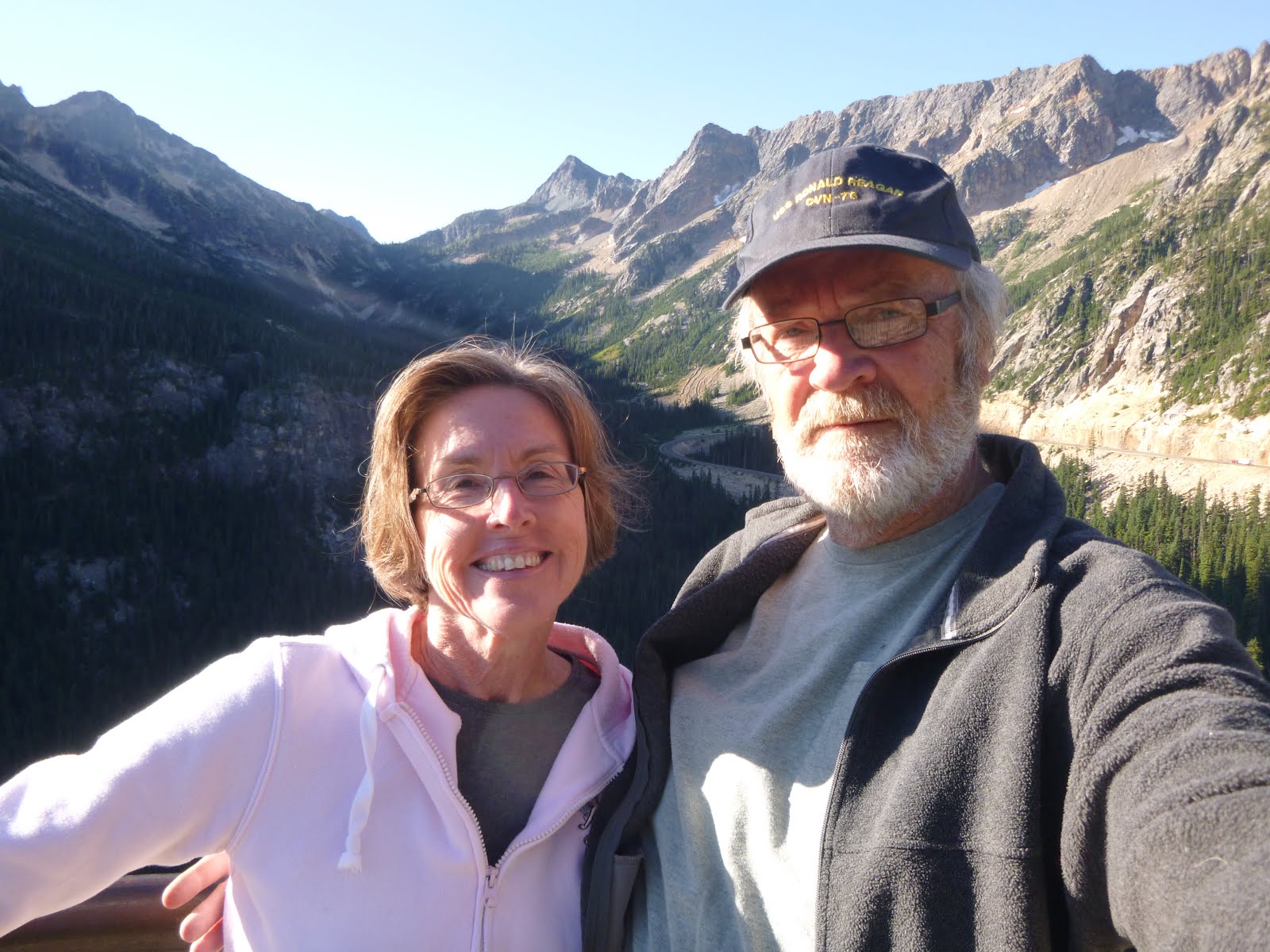